Click here to find the links to all my musings!

- September 20, 2022
Below are the links to blogposts you can read to follow up on the content of our session on 21 September 2022:- First Look at AncestryDNA  - this includes the activities covered in the session DNA testing strategy for Australians Let's talk tree terminology How your DNA can help identify human remains and solve cold cases You can read my approach to "grouping"  HERE  and  HERE.  Click  HERE  to watch a 30 minute video I've recorded on the Leeds Method and my "twisted" Leeds Method. You can register for another great DNA session presented by the Society of Australian Genealogists at 7.30pm on Thursday 24 November 2022  HERE.
Read more 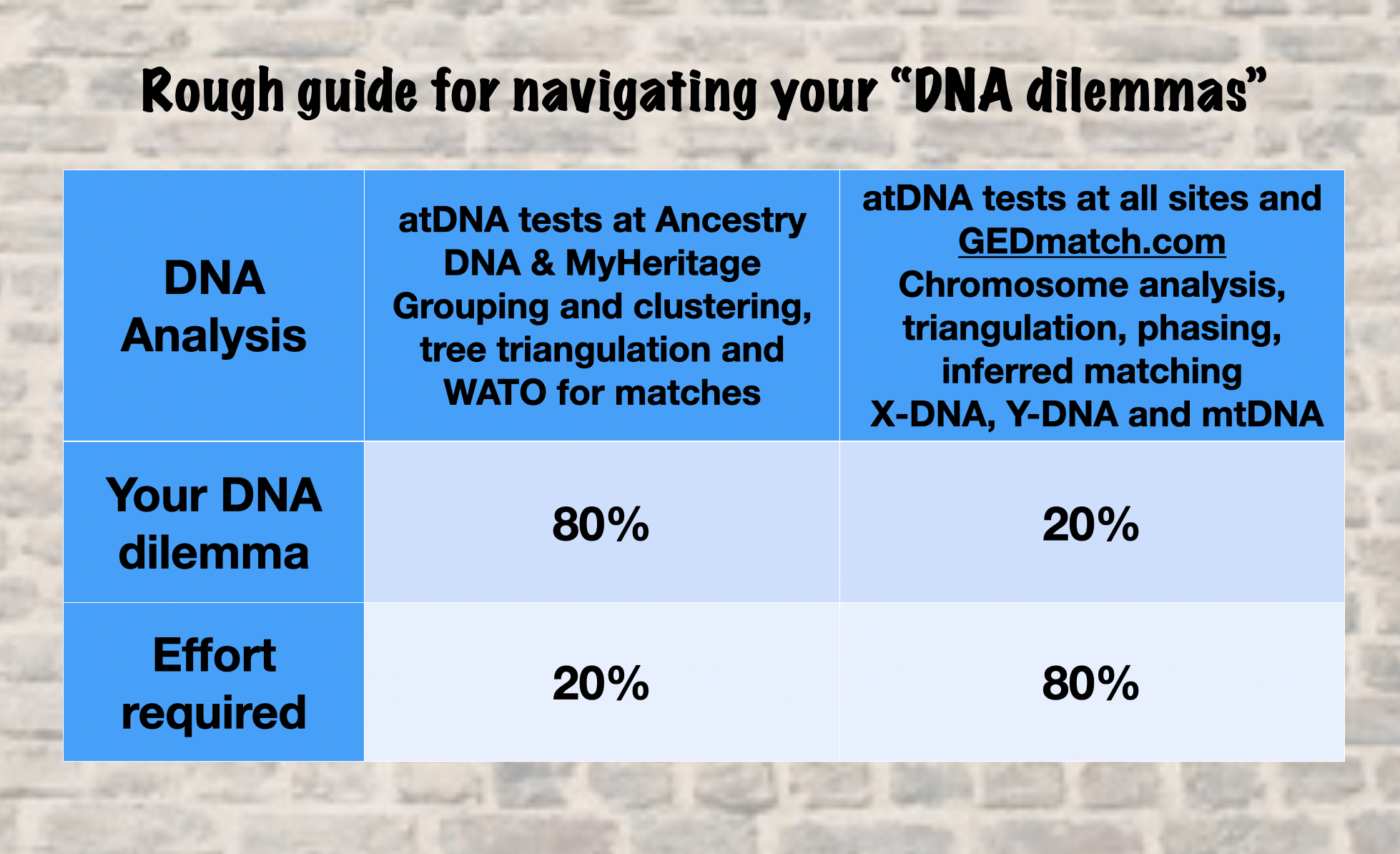 Australians are taking commercial DNA tests to- find biological parent/parents, solve family mysteries generally who's my great-grandfather to great-great-grandfather, verify their genetic pedigree (and often finding it's not the same as their social pedigree) and establish ethnicity. Louise Coakley (aka "genie1") is an Australian genetic genealogist with an excellent website.  You can read about genetic genealogy  HERE . Testing at any of the major commercial DNA companies gives useful ethnicity estimates.   However, if you're testing for any other reason, my first step would be to take an autosomal test.  Often called cousinship tests, you'll get matches across all your ancestral line.   They're offered by all the major commercial companies but there's a definite path I'd recommend- testing at AncestryDNA which has the largest data base and most Australians test here, downloading your AncestryDNA data and upload it to MyHeritage, FamilyTreeDNA, L
Read more

Your DNA - Another Vital Record! 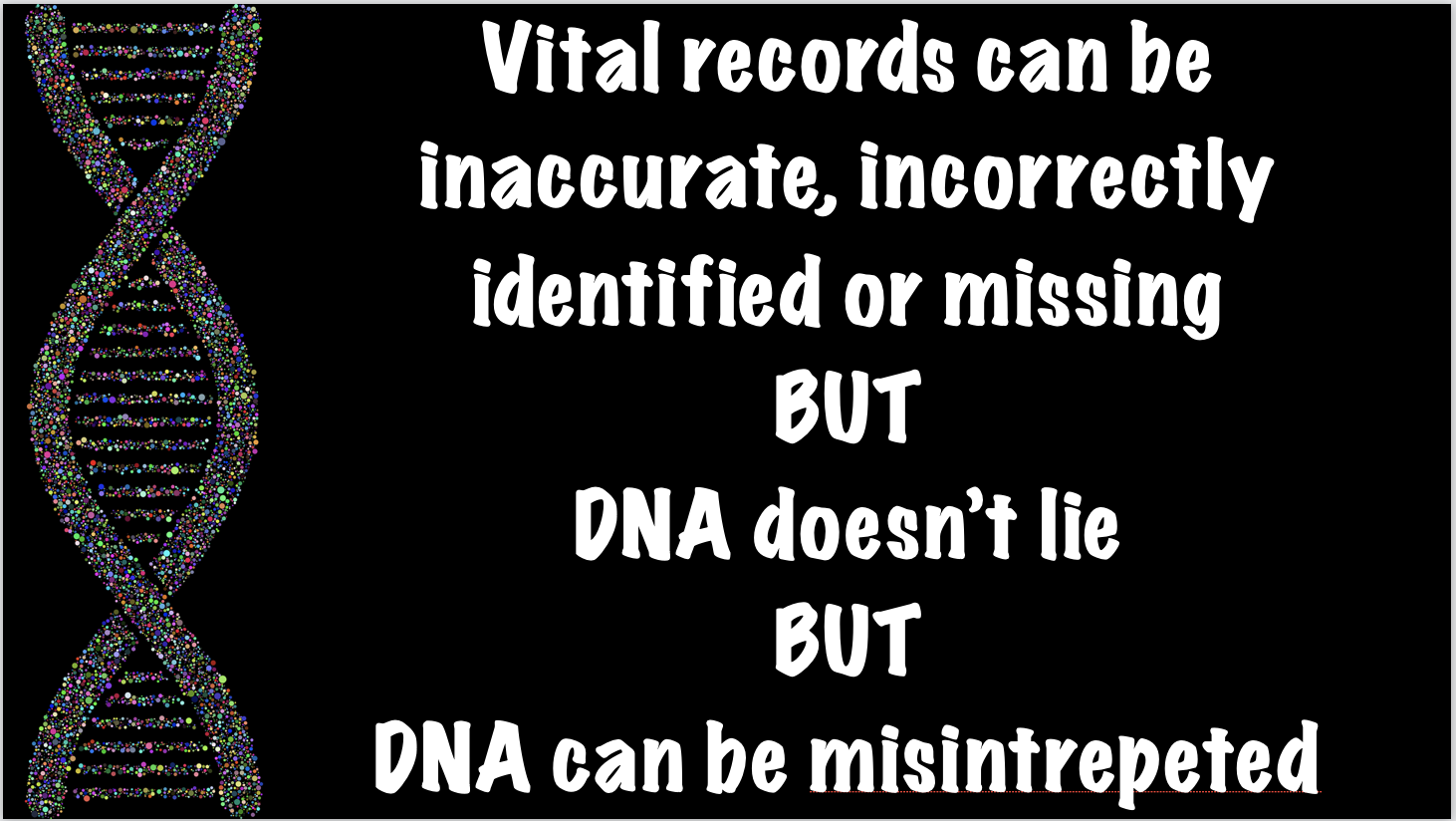 "Collecting Cahill Cousins" These notes accompany my presentation at the 37th Annual Conference of the NSW and ACT Association of Family History Societies on 16 September 2022.  Others are welcome to use these notes for their personal research.  Please contact me at chrisw9953[at]gmail[dot]com for  other uses.  The presentation uses case studies to demonstrate how DNA has helped me unravel the family of my paternal grandfather, James Oswald Woodlands (1891 to 1946). In particular, to prove "beyond reasonable doubt" that his mother, Agnes, is the daughter of James Cahill and Eliza Dunn. My aim is to encourage all participants to use both traditional research and DNA evidence so we don't miss any "vital" evidence. In 2022, genetic genealogy is an essential part of our family history toolbox. You can register for another great DNA session presented by the Society of Australian Genealogists at 7.30pm on Thursday 24 November 2022  HERE. The stories of five
Read more 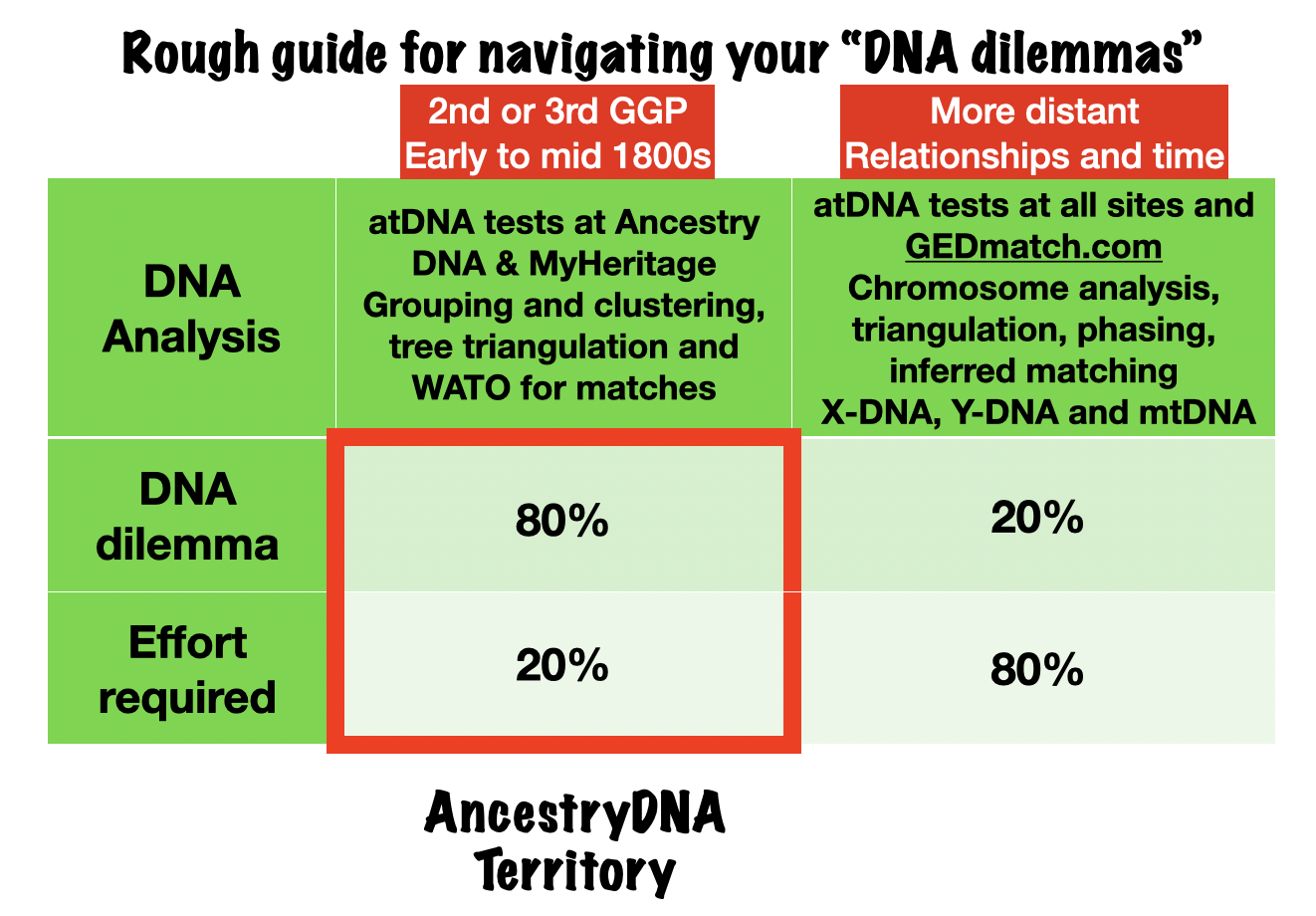 Below at are notes for those who attended this session at the Society of Australian Genealogists by webinar on 12  October  2021, 7 December 2021, 29 January 2022, 9 April 2022, 24 May 2022 and 31 August 2022.  Others are welcome to use these notes for their personal research.  Please contact me at chrisw9953[at]gmail[dot]com for  other uses.  I'll strive to update the notes as there are further developments or my understanding of the area grows. "Setting the scene" You can read about the "4 types of DNA"  HERE. AncestryDNA is an autosomal DNA test (atDNA) and is often referred to as a "cousinship test". You can read about the atDNA inheritance path  HERE. You can read about the possibility of sharing atDNA with a "cousin" who has also tested at AncestryDNA  HERE.  You'll have a match with second cousins or closer relations in all cases at AncestryDNA but only 98% of times for third cousins. The more distant the relationship, the less lik
Read more 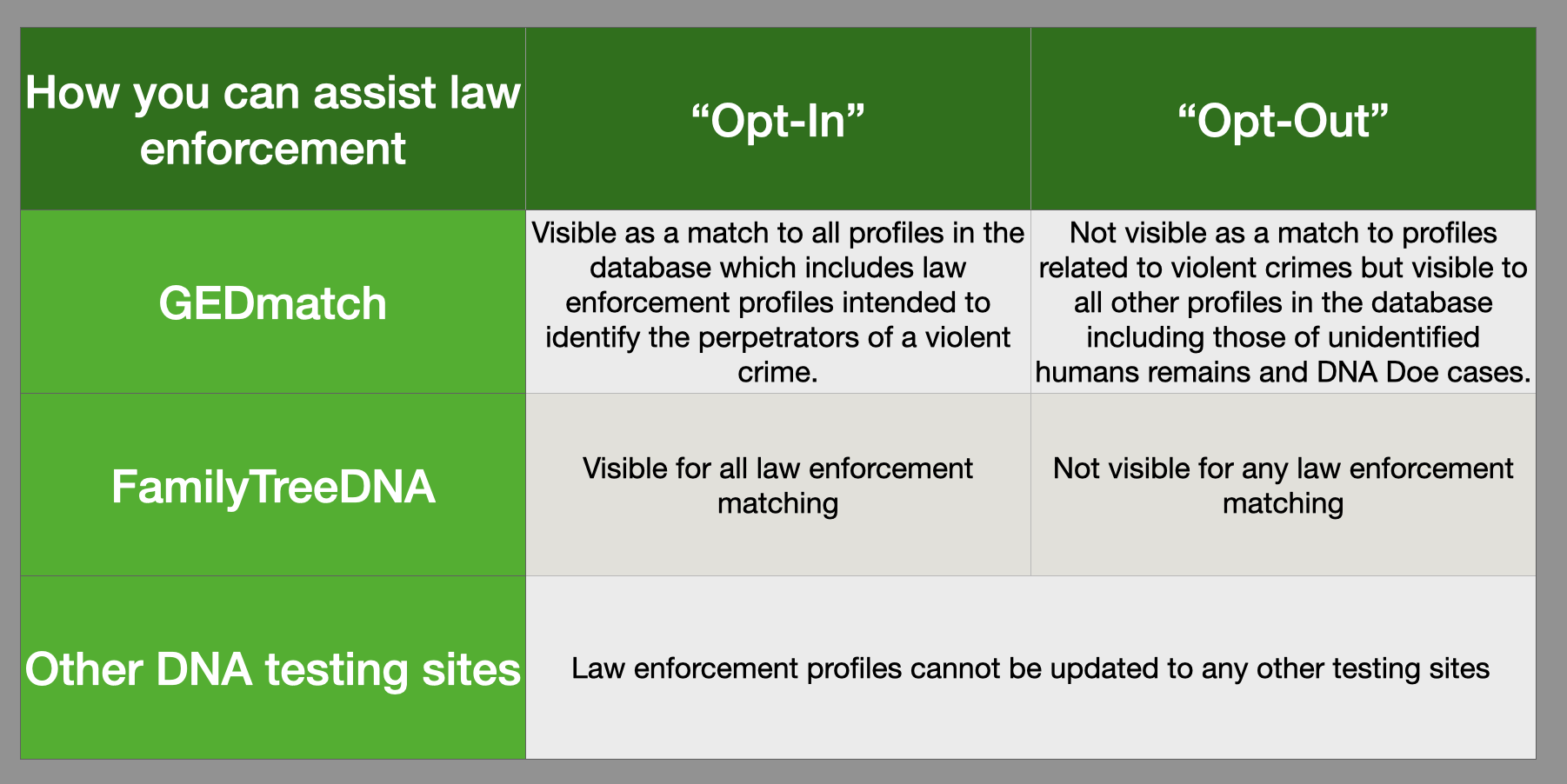 MODULE 4 Activity: Getting to know WATO